About The AHA! Movement

The AHA! Movement aims to bring awareness to the dangers of hazing and the endless cycle of injury and death that follows the practice. Through awareness and promotion of accountability and responsibility, AHA! is changing the culture of organizations that participate in the humiliating, degrading, tortuous and potentially deadly acts of hazing.

The mission of the AHA! Movement is to increase awareness, accountability and responsibility towards eradicating hazing, by empowering our youth through education to be agents of change.

Tragically, The AHA! Movement was created out of tragedy. On February 2, 2005, Matthew Carrington, a kind, polite, empathetic “sweetheart,” was killed in a water hazing while pledging a fraternity at Cal State University, Chico, California. Three days into hell week, Matt and his friend were exhausted from 30+ hours of hazing and sleeping in a freezing, damp, sewer infested basement.

Forced to stand on a bench in only his jeans, often balancing on one foot, Matt and his co-pledge were forced to drink massive amounts of water through a 5-gallon Alhambra water jug filled over 5 times. This while answering questions about the fraternity’s history, doing pushups, and drenching themselves with water, with large warehouse fans blowing on their cold wet bodies. Broken around 3 A.M., after nearly nine hours of this torture, his body gave up and went into shock, seizing.

Instead of calling 9-1-1 and getting the necessary help to save his life, his fraternity brothers put him on a coach to “sleep it off”. He would never regain consciousness. Around 5 A.M., Matt began producing pink foam from the mouth. The fraternity brother finally called 9-1-1, but by then it was too late. Matt was pronounced dead at the hospital.

Matt’s Mom, Debbie Smith MM, founded the AHA! Movement to stop the tragic and deadly cycle of hazing and hazing related activities so no other parent must endure the gut-wrenching pain that comes with losing a child.

Where We Are Now

A strong, national, tight-knit group of community volunteers bonded by the common mission of the AHA! Movement.

The AHA! Movement is made up of members of Matt’s family, various city officials, members of higher education, Matt’s high school best friend and classmate, business and community leaders, and those who Matt touched throughout his short life. Together, we fight to empower our youth with the values of responsibility, accountability, and compassion.

Meet The AHA! Movement Board

Family, friends, and community members embolden by the power of positive change. Be the change you want to see in others.. 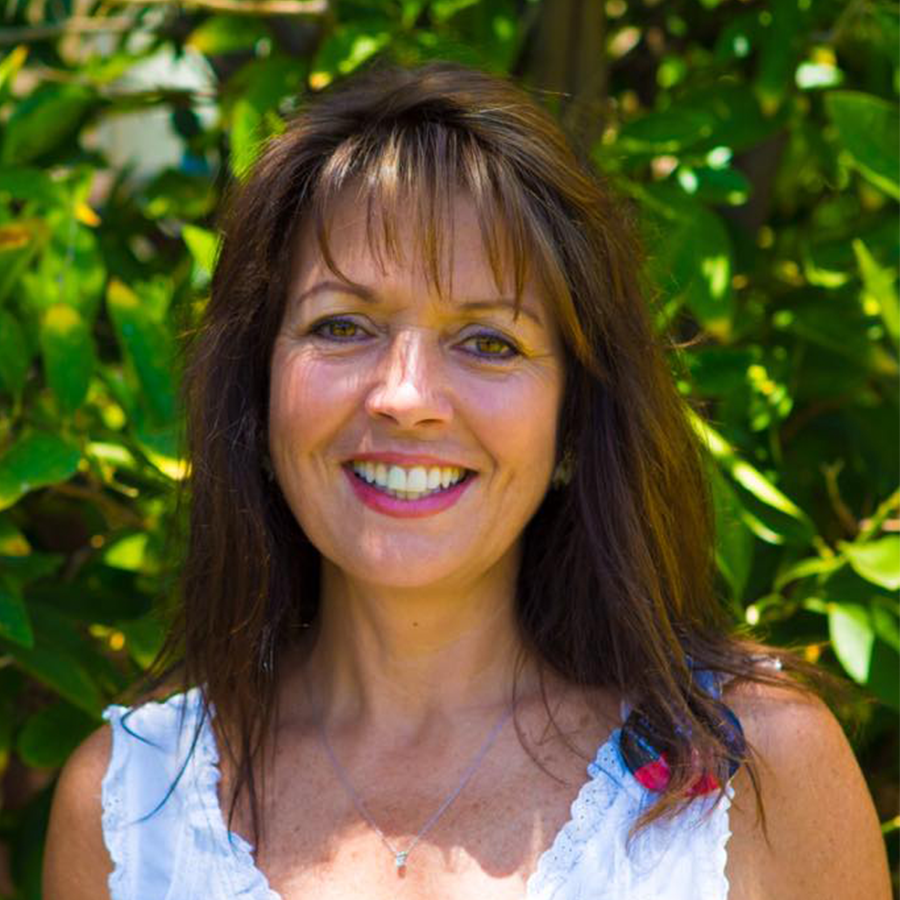 Debbie Smith, MM is the founder and CEO of AHA! Movement, a non-profit Anti-Hazing Awareness organization created in memory of her son, college student Matt Carrington.

Matt died on February 2, 2005, after enduring a horrific water torture hazing while pledging a fraternity at Chico State, a California University. Since then, Smith has had one primary mission in life: to bring awareness to the often tortuous and sometimes fatal practice of hazing. To this end, she has participated in a variety of television documentaries and talk shows; local and national news and radio programs, has been published in books and newsmagazines, as well as being interviewed for newspaper, magazine articles and books.  She speaks at colleges, high schools, middle schools, and various groups educating them on how to identify hazing, and its hidden horrors, as well a speaking to grieving parents about living their new normal, and the importance of forgiveness.

Smith was also a key player in the plea bargain deal for the seven young men charged with killing her son, which resulted in the first ever felony conviction involving a hazing in the United States. Smith worked with these young men while they were in jail and on probation to bring awareness to hazing.  Jerry Lim, one of the young men who served time for killing her son still works with Smith today.

A year after Matt’s passing, Smith also led the charge toward the passage of Matt’s Law, which makes it a felony in the California State Penal Code to seriously injure or kill someone during a hazing. In January 2018 Smith, along with Cindy Hipps, mother of Tucker Hipps, founded PUSH, Parents United 2 Stop Hazing, a national support group for parents who have lost a child to hazing.

In addition, Smith currently serves as an Ambassador in the Pleasant Hill Chamber of Commerce. She was also named 2014 Ambassador of the Year for her abundant volunteer work within the community.  She champion’s the annual local American Cancer Society Relay for Life fight against cancer.  And was awarded the prestigious Jefferson Award for public service in 2018.

Smith also loves baseball and is an avid San Francisco Giants Fan. She sat on the board of the Pleasant Hill Baseball Association, a non-profit organization, for two years as Secretary and Treasurer.

She and her husband, Greg, have been married for more than 31 years, and have another son, Travis, her pride, and joy.  She added the MM after Matt’s death—short for Matt’s Mom. 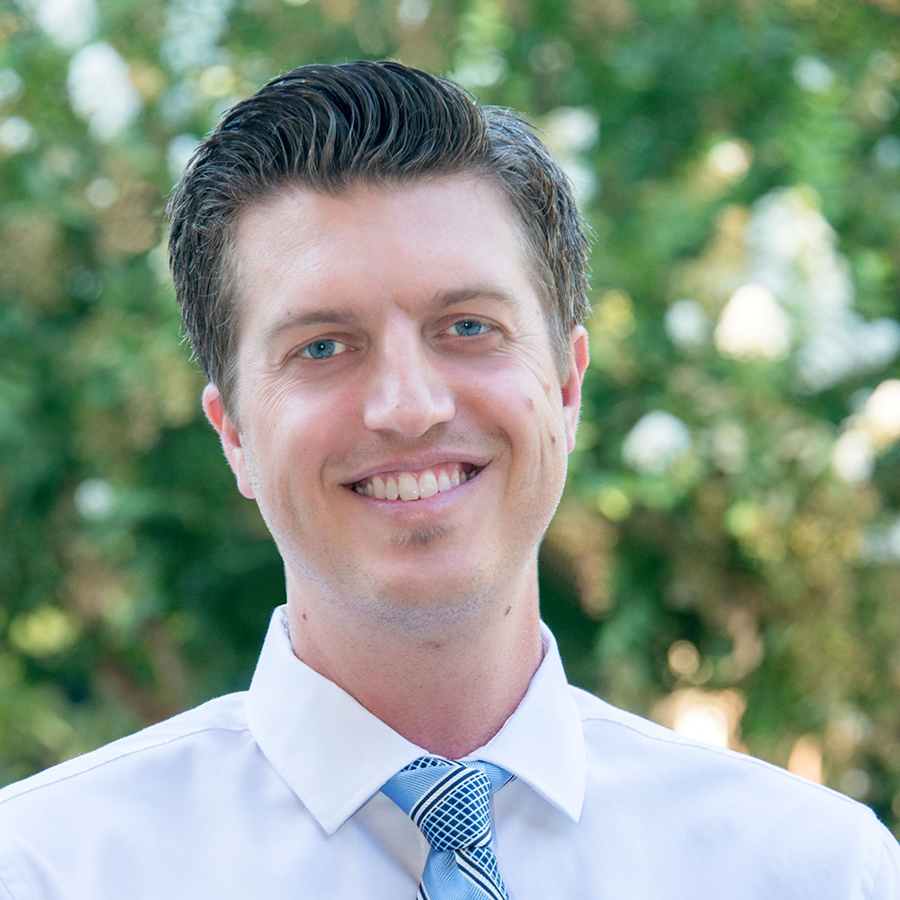 Ryan Smith is a creative, artistic communications leader. With over a decade of corporate communications experience, his specialty lies in executive, crisis, and marketing communications. Currently, he manages all aspects of content for the globe’s leader in serviced accommodations, Synergy Global Housing. Prior to Synergy, Smith was the Director of Communications for Land Home Financial Services, a national mortgage banker, where he was managed all aspects of internal and external communications, specifically public relations, and social media marketing. His working experience spans the hospitality, mortgage, tech, and entertainment sectors.

Smith is a published author, winner of Seth Godin’s altMBA Perkins Award, and the founding president of a PRSSA chapter at his alma mater, California State University, Sacramento. 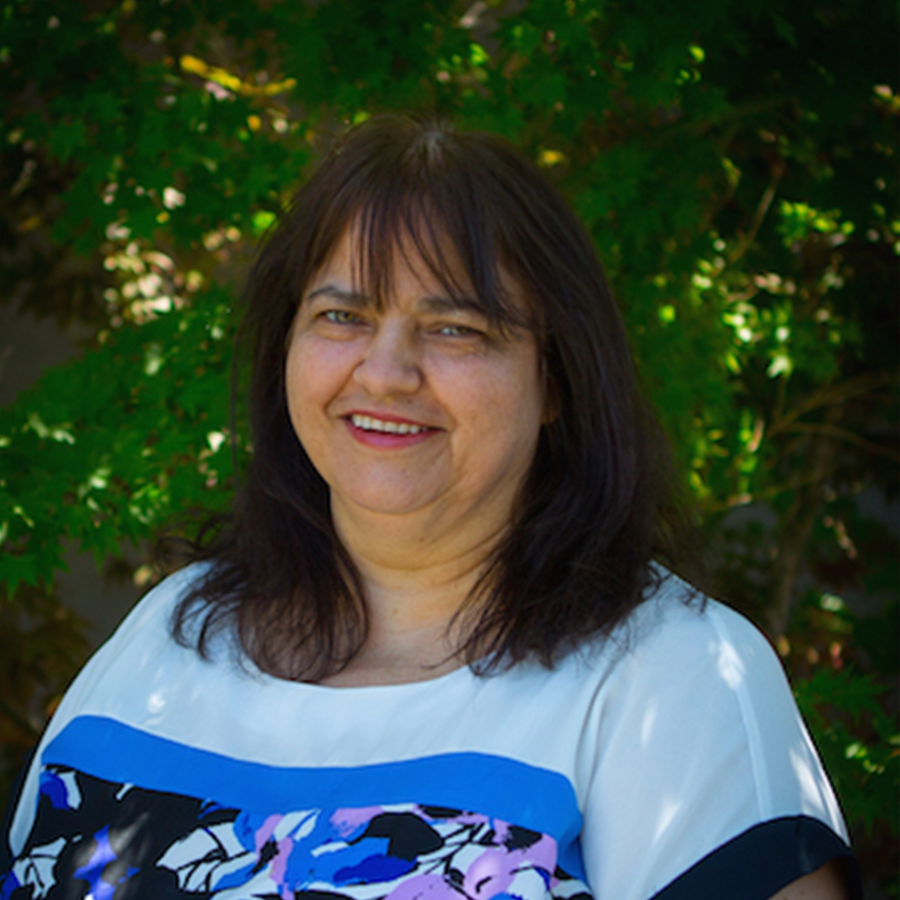 Frankie Dickinson has been active in anti-hazing awareness campaigns for the last decade.

That work includes sitting on the Matt Carrington Committee, which was instrumental in working toward the 2006 passage of Matt’s Law. In addition, Dickinson returns to Chico, California, every year on the anniversary of Carrington’s death, where she reaches out to educate current students about the dangers of hazing. With Debbie Smith, MM, she also participated in a 2005 National Public Radio interview on Matt.

In addition, Dickinson is a committed volunteer in many community events, including local fundraisers for Head Start; AIDS Walk San Francisco, and Walk to Cure Arthritis. She is also active in raising awareness and funding for non-profit arts and educational organizations in her area, including Parents of Playmakers and Volunteer Parents of the Arts Club.

Dickinson has been with her partner, Ben, for nearly three decades, and is mom to Bobby, Trevor and Christian. She is also Matt Carrington’s aunt. 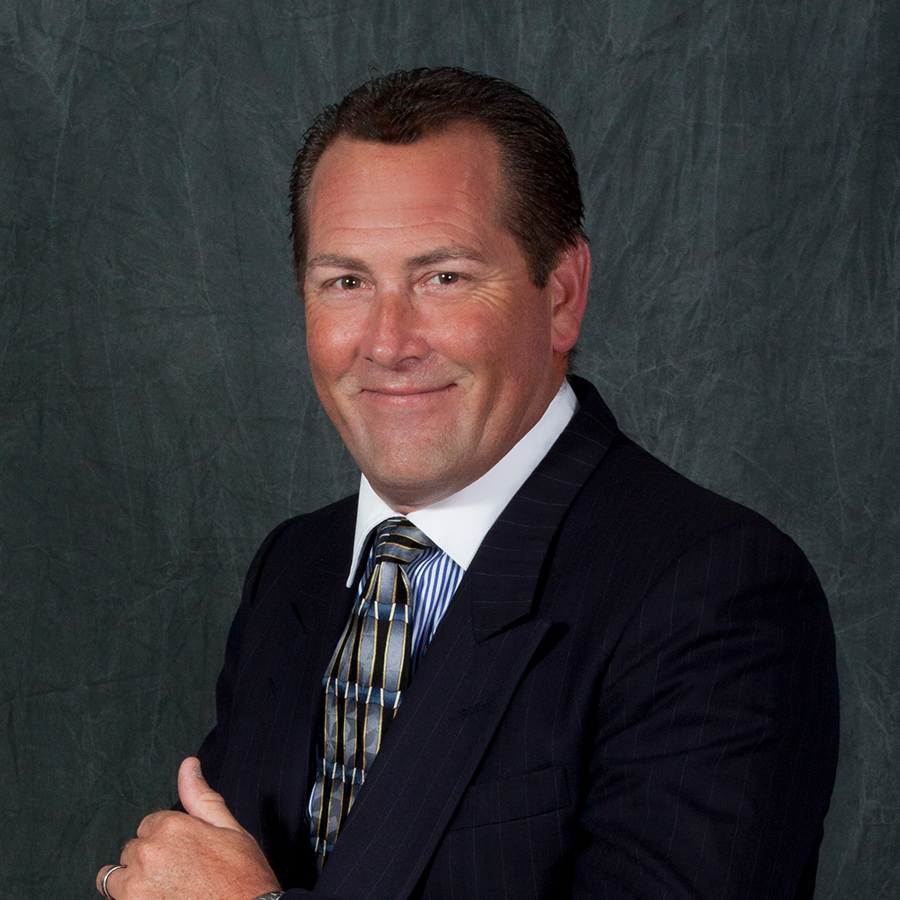 Ken is a native of Contra Costa County. In his early childhood, his family lived in Concord but then settled in Pleasant Hill in the early 1970’s. He attended Pleasant Hill Middle School and moved on to Pleasant Hill High School. He would have been a member of the last graduating class in 1980 if his father had not been transferred to Southern California before his senior year.

While growing up in Pleasant Hill he became an Eagle Scout as part of Walnut Creek Troop 820 and enjoyed the benefit of PHBA, playing many baseball games on the fields at Pleasant Hill Park. Ken discovered from an early age about giving back to your community through dedicated public service. His grandfather, James Moriarty, was a long time county supervisor and he was often taken along on to Walnut Festival Parades, campaign stops, and other such events.

Ken graduated from Brigham Young University with a B.A. in Communications. He then travelled to Seoul, Korea for eighteen months of missionary work. He lived and worked in the Korean communities learning their language and teaching English.

Returning to the Bay Area he settled briefly in Martinez and enrolled in a Masters program at San Francisco States University. While a student, he was hired as an Intern with the Concord Police Department in February of 1988 and 6 short months later offered a position as a Police Officer. By December he had graduated from the Police Academy and began a career as a Police Officer. During this time he was also instrumental in successfully broadcasting the first Concord City Council meetings over the local cable networks.

Ken has had a very diverse career with the police department working as a Patrol Officer, various investigative positions, a Crisis Negotiator and is currently assigned to the Traffic Unit as the Traffic Investigator. He worked as a member of the county’s Forensic Mental Health Team, which was a coalition of multiple county agencies, nonprofit organizations, the courts and Law Enforcement focusing on the chronically homeless and mentally in our communities. He became very active in the Concord Police Association, serving on the Executive Board, as President, and chairing the Political Action Committee. 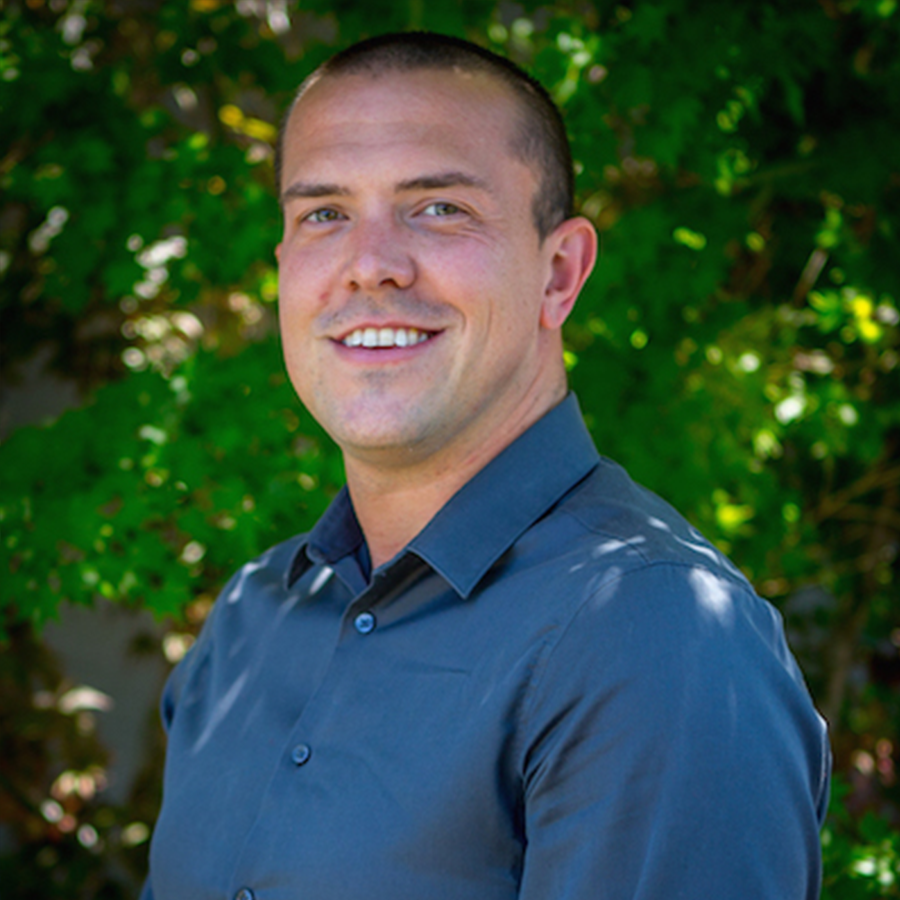 Andrew McPhee was one of Matt Carrington’s best friend.

A tireless advocate for ensuring the passage of Matt’s Law, McPhee attended state capitol hearings in Sacramento to support the cause. During this period, he also facilitated an ambitious state-wide project with public and private schools, as well as libraries, recommending books and other educational materials about hazing on their shelves. Along with a steady increase in these resources across California, all of the titles recommended were purchased by California State University Chico and can be found in their online library catalog as part of The Matt Carrington Collection.

While attending California State University Long Beach, McPhee also created CINEMOSAIC, an international film festival, as well as a monthly trivia game night on campus. A CSULB graduate, he resides in Costa Mesa, where he maintains the role of HR Generalist/Benefits for Newmeyer Dillion, a law firm in Newport Beach.

With Debbie Smith, MM, McPhee has spoken to community groups about hazing. He looks forward to doing more of this outreach, telling Matt’s story and meeting one-to-one with students and other citizens as part of the AHA! Movement.

Get in Touch. Get Involved.

We want to hear from you. Whether you are experiencing hazing, a parent who suspects their child is participating in hazing or being hazed, an educational professional who wants to educate your class, or a community member who would like to volunteer—please reach out. Your communication is private and will be handled with the utmost of care.